Boot only shows splash screen, then powers off.

I’ve followed the instructions on setting up the Jetson Nano.
I’m using a 5.0V-4A power supply to micro USB which should be sufficient to power the Nano.

I’ve flashed the file system with Etcher on Windows, which resulted in ~12 partitions on the SD card.
Later on, I re-flashed the SD on Linux.

In both ways, the Nano powers up, shows the Nvidia splash screen and just powers down after a few moments.

If it is a power supply issue, I do have a power supply available which should be able to use the DC barrel plug and supplies 5V-3A max which I can use. However, I do trust the currently (USB) used power supply.

Any ideas how to get more info from the system while booting?

Edit: since it does show something (ie. the splash screen) I suspect the image instead of the power supply, but this might be a dangerous assumption.

If you have a compatible DC barrel jack power supply, I would go ahead and try that to see if there is any difference in behavior.

It could also be the USB cable of the USB adapter, sometimes these are not very reliable. Do you see kernel boot text on the display before it powers down, or only the NVIDIA logo? Does the green LED on your Nano board turn off?

Thanks for your reply!

I do not see kernel boot text, only the NVIDIA logo. The Nano board turns off after a few seconds since the LED turns off.

I will try to use the barrel plug, it behaved the same with a insufficient power supply.

The power LED lights up, but there’s no monitor output on HDMI at all.
The measured input voltage is 5.132 Volts so that should be sufficient, the external power supply can provide 3 Amps.

I’ve tried the same supply with the uUSB connector and it does the same, only the green LED lights up, no monitor output.

When I hook up a multimeter in series it tells me the board is drawing 127mA.

Apparently over the weekend I forgot that I had removed the SD card, which explains the 127mA draw.
When I installed the SD card the current draw was much larger and the system booted with the external power supply (3A) over the barrel connection.

Apparently it was the power supply after all, which says it’s capable of providing 4A, but probably only after some software negotiation by the phone it was intended for.

So, the information everywhere about the necessity of a reliable power supply is confirmed ;)
Thanks again.

It is almost cerntainly the power supply.
I had the same issue, but then swapped a wall wart from Canakit made for the Rpi 3B+: 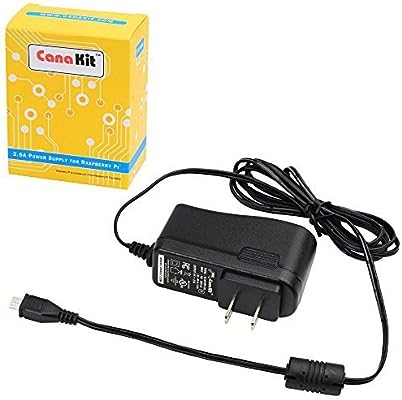 And the problems went away

The nano seems VERY finicky about the voltage and many 5V supplies sga well below 5V.