Hey. I bought the Jetson Nano in seperate parts and assemble it (Jetson Nano Modul, Developer Board, Heatsink).
I flashed my micro SDXC card and load the image data like in the instruction Getting Started With Jetson Nano Developer Kit | NVIDIA Developer .
Now I have the Problem that my Jetson Nano show me the Android Boot menu and a few seconds it goes to continue booting and stays in that loop. I put the SD card out and looked if I get an error but it is the same.

Thanks for any help.

This is not an answer, but for better advice, you may precise:

Can you get early boot logs with serial console ? This may also help in figuring out what’s going wrong.

I bought the Modul and DevBoard from Wafeshare. The Modul has 16 gb emmc and 4gb ram.
The SD card is from adata UHS 2 V90 64gb.
It is a passiv heatsink.
I cant do anythink. I can just turn it on and see for few sec the Android Boot menu and than it switch to continue booting

Did you use the software and instructions from Modul? Beware that unless their carrier board is an exact match in layout to the dev kit, then it likely requires a different device tree versus the NVIDIA dev kit software (and the 4GB might require something different than other models with different amounts of RAM). Manufacturers of third party carrier boards provide software which is “usually” a modification of the dev kit software (differing mainly in device tree).

Not sure what android boot you’re seeing, but it may be something already flashed into eMMC of module.
According to waveshare site, the carrier board is similar for device mapping to NVIDIA devkit B02, hosting here an eMMC module. So you may follow the steps User Guide/ Write OS from below link for flashing your module with L4T (that is Linux OS, not Android). 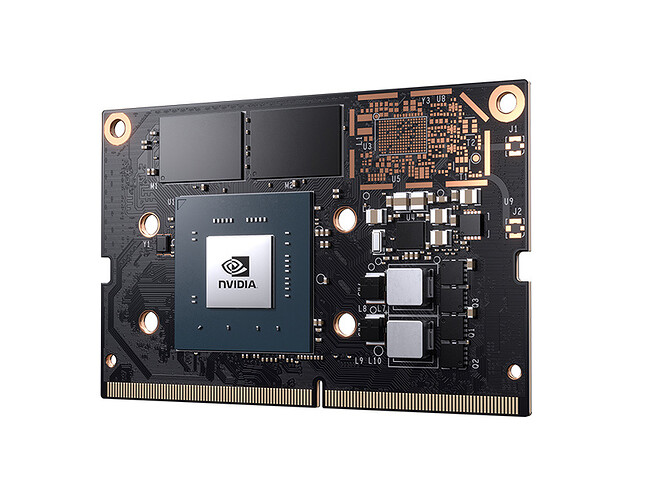 You would need an Ubuntu18.04 PC (better avoid VM), install NVIDIA SDKM and reflash your Jetson. Then you may boot Linux and upgrade OTA.

Thank you for the reply.
Now I see the Problem. I have to install JetPack with sdkmanager and have to use ubuntu version 18 and i couldnt finde any solution with higer version or with windows.
Unfortunately I have Ubuntu 22 and cant set up my jetson nano.

Flashing from command line may work from many Linux distributions/versions.
You would have to build image beforehand (would require downloading). This may be achieved with SDKM in a VM.
Probably someone else more skilled such as @linuxdev would better advise about how to do that.

I try now to flash my Jetson Nano with Docker Ubuntu 18.04 Image.
It should be work hopefully.

I managed to launch nvidia sdk manager in docker and addition to that installed qemu-user-static. I also start docker without sudo. Now I get the error that sdk manager cant conect to jetson nano. When I go to lsusb in terminal I can see my jetson nano. I tryed reconnect my nano with different usb ports and set few times the recovery mod. what can I do else ? 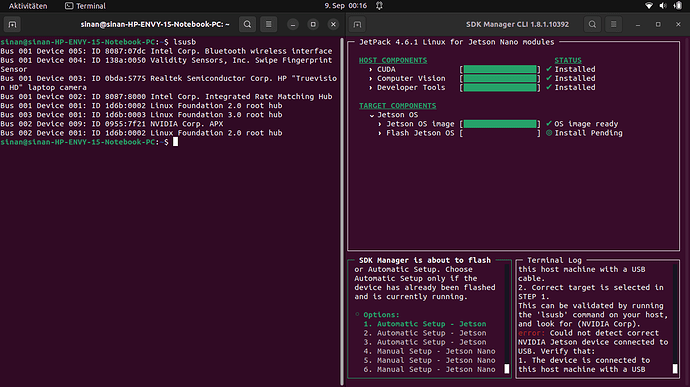 I couldn’t tell you how to set up docker for USB pass-through. Typically though command line flash won’t care about which release of Ubuntu is running on the host PC (even Fedora would work on command line). The GUI is what fails with different releases on the host PC. The disadvantage of command line being that it does not install optional packages, although there should be a way to do this if the apt repository is updated to include the NVIDIA Jetson content.