Hello everyone, I need your help to import my json file to blender, in fact, I’m bad with script that’s why I need you.

I’ve tried several script that I found but no one worked for me,

first of all I’ve tried the Maya script that I found on Nvidia assets → blendshape solve load_bs_weight_maya.py
but I’ve this issue

And it’s pretty similar with other script, does anyone could help me ?

Thank you very much

Hello, here’s an update,
so i’ve tried to use a script from a video
this one Gina's Mum character test process - YouTube
here is the script
https://paste.c-net.org/AlvarezProper

But I still have an issue 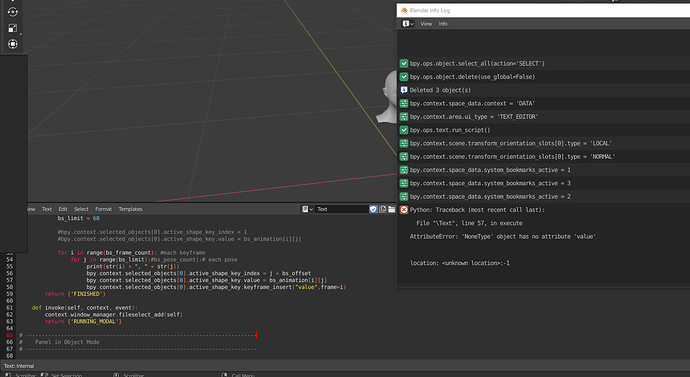 does anyone know why I can’t use this script ?
Thank you a lot

Hello @celeber12! I’ve shared your post with the dev team for further assistance.

Hello! I use the same script Gina’s Mum character test process - YouTube and also had the same problem. Fortunately, I fixed it: Audio2Face exports 46 Blendshapes. The number of Audio2Face Blendshapes must match this line of the script: bs_limit = 46 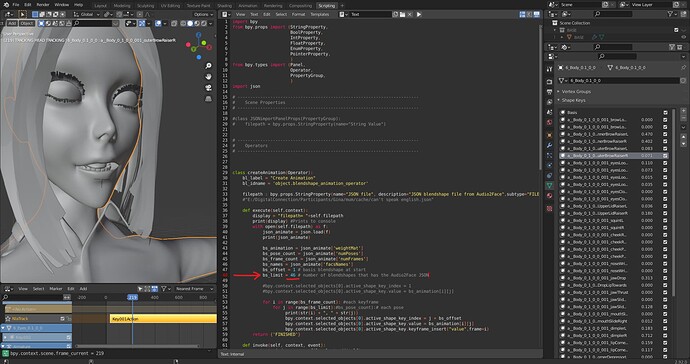 I hope this helps! :D

oh thank you, it helped, but I don’t have all my blendshape, is it normal ? My jawdrop doesn’t move 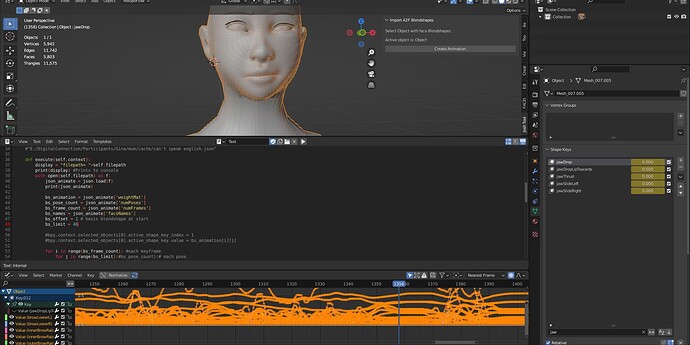 ok MB, it works, I just change the order of my blendshape, thx a lot again